I have now completed the first adventure with each of my two School of Adventure club groups. My intention was just to give them something very simple. With hindsight it could have been simpler, but it was fun enough.

I started with a five-room dungeon model: entrance guardian; puzzle or roleplaying challenge; trick or setback; climax; payoff. I planned out an entrance room with a guardian to fight—to relieve the extreme simplicity of this and serve the many rogues in the two parties I provided terrain that they might use to scout out the guardian, flank it and make sneak attacks, or even stealth past altogether. Then a room with a number of doors with similar puzzle locks—the player characters (PCs) would have to identify the right door for their quest and fit numbered tokens into a mathematical puzzle to open the door. Beyond this a setback in the form of trick terrain that would leave them back at the beginning. And, after retracing their steps and getting beyond the trap, a final room where the strongest guardian yet would bar their access to the object of their quest.

(I’m being vague here partly in case I want to run a form of the same dungeon again and future players might read it, and partly because I initially didn’t plan in much detail, knowing that the short sessions and newbie players would ensure slow progress and I would only need to detail about a room or two ahead of the group)

The entrance guardian went pretty much according to plan. The rogues in both groups used the opportunities in the terrain while the warriors and clerics took the direct route. Both groups tried talking to the guardian, but I had it give a flat ‘you shall not pass’ to all enquiries. (Immediate nerdparent joy as some of the players recognised the Gandalf line.) Neither group took long to begin an assault, and the guardian went down quickly to their attacks—it was only a Challenge 1 creature and it was out-numbered 6-1 or 7-1. The group got started rolling checks and attacks, and using their class strengths: the rogues sneak attacked, the barbarian pounded, the fighter stood firm, the casters cast. The players started to show their styles: most of them were task-focused and tactical; a few were a bit shy and uncertain; one, playing a rogue called Kuswo, immediately showed up as the group maverick, 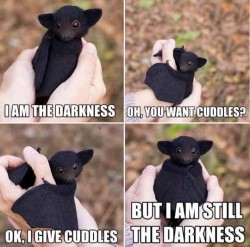 befriending a local bat (20 on Handle Animal, I figured this was worth a nuzzle) and attempting to set it on the guardian (not a chance—bat went to roost in a quiet corner).

At this point in creating the adventure, I started to over-elaborate. Where my plan said that next came the puzzle room, I decided that the tokens with which to solve the puzzle would be scattered through a maze. And that this maze would have guards here and there, to give opportunities for negotiation, combat or stealth. And that to get to the maze the PCs would have to climb a steep wall. So the actual puzzle, which was supposed to be room 2 of 5, was already room 4, with room 3 (the maze) being large and complex.

I mean, it worked out OK. Both teams tackled the climb fine with the better climbers going first and lowering ropes for the others. There was one character (Bolok, a rogue more analytical than action-oriented, stats-wise) who tried climbing the wall without a rope and fell from twenty feet up. I rolled max damage for the fall (having decided to do without a DM screen) and that was Bolok at zero hit points. Help was at hand in the form of the party cleric, but it cost the party half their magic healing.

In the guarded maze, the two teams for the first time diverged significantly in approach. The Monday group took out one guard with attacks, and slipped past a sleeping one, but then started talking to the next guards they met. One was persuaded to let them pass for a few coins, and another was convinced with the cunning application of an Illusory Script spell that they had documented official authorisation to go anywhere and take anything they liked. I had slightly warned the wizard, Sukini, against prepping Illusory Script for a dungeon bash, but it was such a clever application, and the player was so pleased at proving me wrong, that (thanks also to a good Persuasion roll) I let it work like a charm. The duped guard went with them around the maze and vouched for them, so they finished the rest of that area without combat.

The Tuesday group, by contrast, went at the maze like foxes in a henhouse. Bolok, about half a minute on from his last near-death experience, went off by himself and got into a standoff with a guard. Behind him his team-mates started a really conspicuous fight with another guard, involving clanging swords and a Fire Bolt cantrip, and it was on for young and old. The group ended up split across the maze, with Bolok and Iofur (the barbarian) fighting through three guards and going down to 3hp between them, while the rest of the group found the other guards and fought them all.

Either way I think both groups enjoyed the maze bash. Next they came to the puzzle room itself. I had planned this as a change of pace, and something educational since it was a school club, so it was a fairly cerebral number puzzle. Not that I pitched it too wrong for the kids’ capabilities—both groups solved it in maybe ten-fifteen minutes—but it only interested maybe half the players. Probably less, and some of the others were definitely I-can’t-contribute disengaged once they spotted maths was involved. So I think I’ll use things like that sparingly in future, if at all.

The injured group used the puzzle room as a short rest, but poor Bolok got a 1 on his hit die so he was still only at 2hp, and we were coming up to the big showdowns.

Showdowns? Any readers still carrying the five-room dungeon plan in their heads by this point will realise that after the puzzle is supposed to come the trick. But I had expanded the puzzle part of the adventure so much that I decided to drop the trick, go straight to the showdown, and build a bit of a twist into the payoff phase.

Now, I had noticed over the weeks that the players from the two different groups were talking to each other between sessions, so whichever group was behind would come into the session with a few hints as to what they were about to face. Given that, and the way I had set up the puzzle room so that each group went through a different door, I decided to give them different big bad guys. The Monday group faced a caster with guard minions*, since they hadn’t had a multi-opponent fight yet, and the Tuesday group got another big solo after the multiple maze guards, but this time with a tiny bit more complexity than the simple tough in the entrance chamber.

*not Minions as in Despicable Me. I found I had to explain this to a couple of the kids when I used the word.

Both of these encounters were a bit overshadowed by being completed online (which I’m going to cover more in my next blog) but once we got more or less round the technical teething troubles they went fine. The Monday group (after some talking, which I had expected them to be more into than they were) proved particularly efficient, giving me a lesson in how squishy casters are and how much damage even low-level spells can do in 5e. I made them work a bit for their full victory by producing a couple of extra minions from up my sleeve, but still. When low-level casters face each other it seems like the quickest on the draw is likely to end the slower with one shot. Any bright ideas on how I can make this more interesting?

The Tuesday group saw through their solo’s concealment pretty soon and it became a slug-fest in which the action economy was always going to favour the party. With two of them injured to begin with and two more getting wounded in the fight there was enough tension to make it fun, and they were stoked when they eventually took down their enemy.

And so to the twist at the end. I presented them with the object of their quest, and a bag of gold, on opposite ends of a mechanism so that it was easy to retrieve one prize, but at the expense of losing the other. I had kind of thought that they would spend some time debating which to choose, and/or come up with some clever way to get them both (one party included an elf with the Mage Hand cantrip, which was the method that stood out to me and which I hinted about pretty broadly to that player). But both groups just saw that the way to achieve their goal was to take the quest item and sacrifice the gold, which they both did with little fuss. So, fine. We finished. Well done. In both cases this fell at the end of a session and was so quick it just felt like a little denouement at the end of the climax battle, rather than another build-up that was let down, so the pacing was actually OK I think.

All in all I think I succeeded in giving the kids an introductory adventure that worked, and they did pretty well at playing their first challenge. Of my thirteen players, ten are keen to carry on next term, which for people trying it out for the first time is an OK ratio I think. What do you think? Have you had similar experiences?